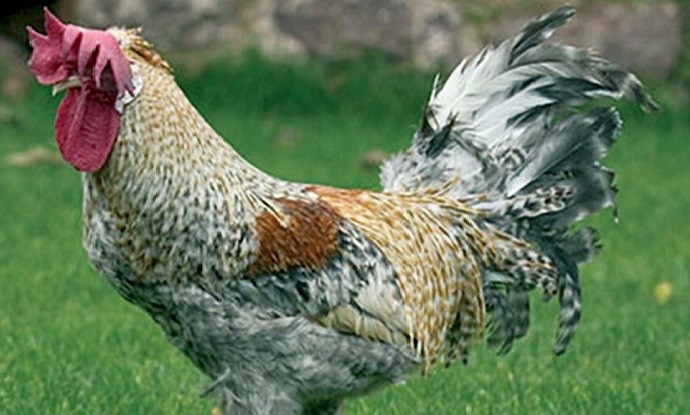 Farming is one of the most profitable and affordable livestock farming. You require some small capital to start poultry farming. In almost
every homestead, there are some chicken moving around the compound. They are kept for their superior products. That is eggs and meat. Everyone loves eggs and meat from chicken– that is why chicken farming is common.

Varieties of chicken that are reared are several to choose from them-ranging from white leghorn, Ancona, light Sussex, all the way to Rhodes Island. These are just a few I can mention. Your choice on the variety to rear depends on various factors. Some of these are your area’s environmental conditions, your initial capital (some breeds require high initial (capital) than others), and other reasons to consider. One of these breeds is known as the Barred Rock Chicken. This article explores all the things you might need to hear about the barred Rock Chicken.

This breed is sometimes known as the “rocks”. It is a dual-purpose breed of chicken– reared for both meat and egg production. Farmers with this type of breed boast of its egg production throughout the year. The breed is also known to be impudent, making it perfect for small scale farming.

Barred rock chicken comes from the extended family. That is why at times, this breed is referred to as Plymouth Rock.

How to Identify a Barred Rock Chicken From the Other Flock

Its Size and Appearance.

This breed is a large build one. A mature breed weighs close to 2.53 Kg to 3.52 Kg. As seen with some breeds having feathered legs, this one does not have. They have a single comb, four toes and are not crested. Cocks have a considerate brighter strip than their female counterparts- this makes the hen appear darker than the cock. The cock is a bit larger than the hen.

In this breed of chicken’s family tree, Plymouth is the “parents.” Below them are “offspring.” These varieties (offspring) are Barred, Silver, Partridge, Blue, and Black. When naming these varieties, we call them by their start name, followed by the term “rock.” For example, we can have Barred Rock chicken variety or Buff Rock chicken variety. When kept off from predators and the nasty touches of flu, Barred Rock chicken can make it up to five to ten years.

In Plymouth breeds of chicken, some varieties are common where else others are rare to rear. The standard varieties are the Barred Rock and the White rocks. Other varieties are not familiar, like Penciled, Partridge, and Silver Rocks. 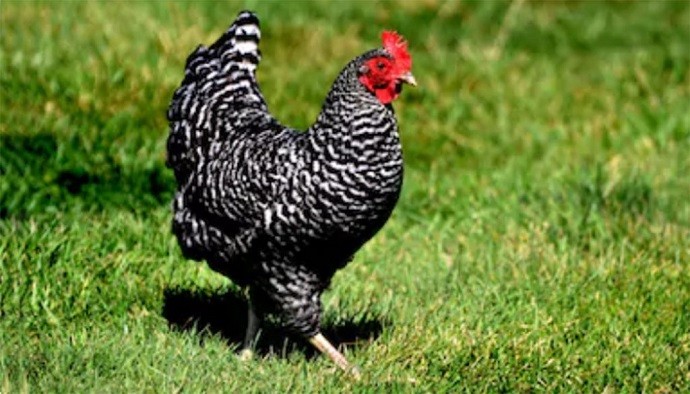 Barred rock chicken traces its history back in the United States. In 1849, this variety of chicken appeared in the Boston poultry show for the initial time. After two years of cross-breeding, it was introduced as a chicken breed in London in 1869. For years, they have been nicknamed as “America’s favorite breed.” This breed is suitable for challenging areas since they are well adapted in almost all areas. Common Plymouth varieties are the Barred and the White Rock chicken.

All the varieties of Plymouth have these traits; docile and friendly. They do well when in free-range, though they also don’t make much difference when confined. It has also been found that these breeds are smart, active, and also aggressive. Despite these common traits, there is always some variance with an individual bird. For example, cocks are more aggressive than the hens which are ever calm.

Before the breed was positively close bred, they were most suited in cold regions. But with close breeding and improvements on the breeds, they can make it well in almost all climatic conditions. That is why this variety is expected since it is adapted to all regions.

How is Her Egg Production?

Under middle management, you will be getting around five eggs per day. The eggs are usually giant size and brown. The good thing is that they lay all-round the year.

Why Barred Rock is Suitable for You

The Development Process of the Barred Rock Chicken

Egg laying and Incubation after the egg is laid, the fertilized egg is incubated for 21 days just like for other birds. The chick develops, and after 21 days. After this period, it is wholly formed ready to enter into the world.

The chick starts to peck day on day one when it cracks it’s shelling out. The chick will learn survival and feeding tricks from her mother for the early few weeks. During this period, it will also be taught how to drink and eat. More feathers will start to grow, and by the end of the six weeks, it will be a young hen.

During this stage, the young hen is now termed to as a pullet. From the age of 16 to around 21 weeks old, the pullet will start laying. You will be expecting an after every 25 hours. This is in exception to when it is cold or during the beginning her molt year.

This is the hen’s pick years. Egg production is higher during this age than either of the other stages. During cold seasons, egg production will drop unless the chicken is provided with an artificial heat source.

During this age, the hen is now priced to be old. The number of eggs produced at this stage is lower compared to the previous years. Even by age, she has not lost her good traits that make her outstanding and the other birds.

Choosing Barred Rock chicken as your chicken breed is not a losing bet. For years, you will enjoy the quality and continuous egg production. Apart from this, you will also enjoy high-quality meat. Unlike other breeds, Barred Rocky chicken does not require intensive care and management. If possible, free-range suits this breed well. This is the best breed to keep if you are a small farmer and if you are an amateur in poultry farming.