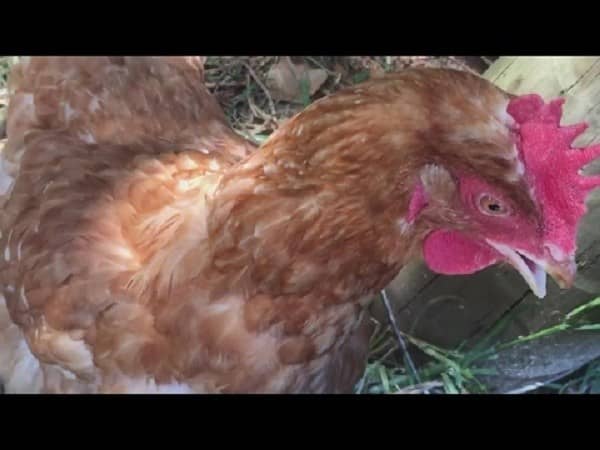 Chickens have been domesticated since the past for eggs and meat production. However, recently, raising chickens has turned out as a key investment to several households. But then, do chickens communicate? Like any other animal or pet, chickens have their way of communicating. They make different sounds of passing a message to other flock members and other creatures at large. They will make funny noises to warn predators whenever they want to mate and everything they wish to do. In the discussions today, we shall learn some chicken noises and what they greatly mean whenever made. Read on to get all ideas about it in this project.

Roosters and hens alike make a sound to pass a message at large. They make different sounds but there other sounds that might be common to both of them. The sounds are not made to pass the time or nature; they make it mean or pass a message to each other and other creatures. Let’s learn a few sounds roosters and hens make.

The Tidbitting Noise By Roosters

This is a common sound that roosters make to pass a message to the hens around or the chicks. They make this sound primarily to entice a hen to come for something nice but ends up to mate with the mother hen. The rooster will cluck as it tries to show up an interesting thing that he might want to share with the hens and chicks until the hen is convinced to come for goodies. The tidbitting sound is usually a way of sweet-talking the mother hen to trap it to mate.

This is a celebration song to the entire flocks at large. Hens make this sound whenever the chicken is about to lay or after laying. The hen makes the sound to notify others to plan for celebrations after she completes to lay. The sounds might be loud and made for long, even to frustrate people around.

This is a sound chicken make whenever they are moving around the yard looking for food to eat. They will make the sound daily to communicate with other members around of certain goody they have come across, and they want to share with other members. The clucking sound can also have a different meaning to at large. It can alert other members where they should head to all times they walk around.

This is a sound that the roosters make to pass a message to other flocks and even pets and humans. Growling is a warning sound to notify others that they are heading or crossing somewhere that is not good. This is, for instance, a ditch ahead or, in general, any irritation at large.

The chickens a time also gets angry with other moving creatures. In such occurrences, they will make funny sounds in the presence of the pet, animal, or anything else that has made them angry. The sound is mostly made by guests trying to get closer to their nests. They will make funny sounds to notify the guest to go away or the owner to move the disturbing guest off.

The Purring Sound By The Roosters

Chickens are funny creatures; they make everything happen, just like what humans can do. The purr sound is a way roosters use to sweet talk the mother hen whenever he finds a new place for them to rest or nest at large. The rooster even goes to an extent to demonstrate how they enter the new resting place before others join. Generally, the roosters take responsibility as the head of the family for everything. They will make the noise as it demonstrates everything before the mother hen will give in to join the rooster.

This is a common sound chickens make, especially when sneak into their room and pick it up or even scare it at large. They will make loud alarming sounds to alert other flock members about the situation, and they will try to complain about the occurrence at that particular time.

The chickens are creatures that behave almost the same as humans at large. Chickens chatter mostly at night when they move closest to each other to sleep. They will make funny sounds as if they are talking to each other. They will murmur for a little while until they are all asleep.

Typically, a young rooster starts practicing crowing within the 10th and 12th weeks of its life. This is when the rooster is in its adolescent stage and needs to practice everything to take over other hens in the flock. But then, what message does it pass with this kind of noise?

Roosters crow for many reasons. The list is endless, but a few messages it passes whenever it crows include whenever a predator is approaching their house, a way of expressing its need for the entire flock. They also make it to give warning to predators.

This is a common sound chickens make after they have hatched chicks. They will make the cluck sound everywhere they walk around with the baby chickens. The sound is purposely meant to keep off any threats that might be around for the chicks’ safety. The cluck sounds are made all through until the chicks are mature enough to be left to free-range alone.

There are several sounds of chicken, and you will love hearing them at large. Most of them are funny, and others may frustrate you. The sounds are a means of communication of the chickens to other members of the flock. They also make the sounds of passing a message to other pets, animals, and humans at large of any happening or need.

Poultry farmers should have an idea of most chicken sounds and always act on them immediately they are made. It might be a predator approaching them or anything else that might require owners to sort out immediately.