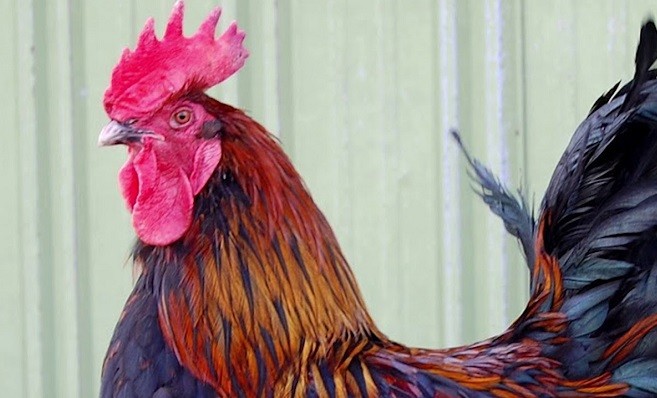 Are you a fan of chicken? Then you may love the Copper Marans Chicken. It has won many hearts with its beauty and special chocolate colored eggs. You may wonder why you’ve never heard of this breed of chicken, but it hasn’t been around for long. It got discovered in the 1900s and has faced a lot of problems, causing its near distinction. Though Marans breed gets composed of many types, the Black Copper Marans has caught the attention of many US residents. If you are not aware of this breed and is interested to know, you may need to continue reading. In this article, you shall get insight into everything you need to know about the Black Copper Marans.

The Background and History of the Black Copper Marans

La Rochelle, found in the southwestern part of France, was the home of the original Marans called poule de Marans. Because of the countryside’s marshy and low situation, the local chickens got renown as the swamp chicken. The locals cross-bred them with another local breed called barnyard, and gamecocks that came with sailors from Indonesia and India. The sailors traded their water and food for these gamecocks from these countries, and they got them in plenty.

The breeding gave birth to the Marandaise fowl. It was then later bred with Brahmas, Coucou de Rennes, Croad Langshan, Gatinaise, and Coucou de Malines chicken to produce a breed that gave birth to today’s Black Copper Marans ancestors. In France, the Marans became famous because of their deep red colored eggs. The locals continued breeding them to produce other breeds of Marans as follows;

Unfortunately, after the war in France, the Marans breed got nearly extinct. But thanks to the French Department of Agriculture, they were rescued through a breeding program. With this program, the Morans egg production got increased, a factor that contributed to the breed’s increased breeding. Later on, various amateur enthusiasts took over and continued the reproduction, a thing they did perfectly well, and today we enjoy numerous of these improved breeds.

If you are looking at a Black Copper Marans from the side, it forms a wide V-triangle. It comes with a long and sturdy body. It also consists of a remarkable plumage and broad shoulders. The breed’s entire body feathers come as deep black, and you can see a green iridescence in the presence of the sunlight. But the hackle feathers consist of a coppery or reddish tone. If the chicken is a rooster, you will see copper saddle feathers that consist of a cascade on its back. For the chicken, it doesn’t come as splendidly adorned but is also a gorgeous bird.

The female weighs around 6.5lb, and the male 7 – 8lb. In 2011, the American Poultry Association recognized the Black Copper Marans, though the Marans renowned for their clean legs were accepted in 1935 by the Poultry Club of Great Britain. France today recognizes nine varieties of the Marans, but the standards vary between countries. To others, the Black Copper Marans get termed as a continental or large fowl breed. In the UK, the clean legged birds get recognized as the standard Marans. But the US and France recognize both the sparsely feathered and the clean legged as the standard Marans.

The Black Copper Marans must have red ear lobes, single comb, face, and wattles. Those with other colors like yellow, straw, or mahogany don’t get recognized as the Black Copper Marans. The beak also should be sturdy, horn colored, and have a slight hook. The eyes should be orange-colored, while the feet and shanks should come as pink or slate. The bird’s skin and sole should come as white.

If the bird is male, it should have a black breast with minimal red spotting. The wings should also contain a triangle with a definite black, while the shoulders are deep red. The neck should have copper-colored feathers with some hackles. The hen should consist of black feathers with some red hackle marking. If the red markings on its chest are not deep-colored, the get still gets accepted as a Black Copper Marans.

The bird may seem perfect and pretty, but it also comes with its faults. For example, the shanks come as yellow, and the ear lobes are white. Also, the eyes come as black, and the feathers on the bird’s legs are usually ‘over’ or ‘off’ coloring.

The female Black Copper Marans are generally submissive and tamable, though each bird comes with its character. Not all the hens are cuddly. Though the Black Copper Marans tolerates confinement, they love free-ranging and foraging. If you need chicken that will withstand the winter weather, these birds come in handy. It is the reason they survive well in the Northern American’s climate. You only need to offer them adequate shelter and food.

About the Black Copper Marans’ Eggs

You will love the dark chocolate or brown eggs laid by these birds. It is the reason the Black Copper Marans gained fame among chicken lovers. Any breed of Marans will lay a brown egg, but the deep chocolate-colored eggs get laid by the Black Copper Marans. The dark-colored egg gets laid by the hen only when it lays a few eggs. The more the eggs laid, the less the darker the egg gets. The source of the egg’s color is finite, and once it starts to get low, the egg’s color becomes lighter. Other eggs come with dark-colored speckles, imitating the Welsummer eggs.

Unfortunately, you may not get the dark-colored eggs at all times. At the beginning of the hen’s laying season, the eggs come as dark but may lighten by the end of the laying period. Though the Black Copper Marans hen will give you an average of three eggs every week, the quality cannot get surpassed. Also, this breed’s hens have become famous for being great mothers.

You should note that the egg color oxidizes when exposed to air for a long time. As a result, a Black Copper Marans’ egg will become darker with time. You should, therefore, consider this factor while buying the Black Copper Marans eggs. Go for the freshly laid eggs, or purchase from a reputable breeder.

Should You Get a Black Copper Marans Chicken?

Also, if the chicken lays very dark eggs, it means that it lays very few eggs. Lighter egg-laying chicken means that they lay the eggs quite often. If considering getting the Black Copper Marans, the egg’s color will give you a clue as to whether the bird often lays or if it’s once in a while.

To be able to grade the eggs laid by the Black Copper Marans based on their color, the Marans society designed a color scale. The eggs get graded from 1 – 9. The ninth-grade get referred to as the darkest. If the egg gets determined to be grade four and below, the chicken that laid it ceases to be considered a Marans.

Why You Should Love the Black Copper Marans

The breed comes with a bunch of benefits, and you may need to consider them when looking for a chick to rear. The following are some of the reasons that will make you love this breed of birds.

Thanks to the plumage color that comes with these chickens, the Marans looks amazing while watching them from afar. The sight is pleasing to the eyes and makes your backyard look lovely and lively. The copper colors from these birds blend well with other colors found in the surroundings and other flocks, making the entire space look gorgeous and appealing. It is the main reason many poultry keepers opt for this breed of birds.

Do you love chicken meat? Then you will fall head over heels with this chicken. They might be poor layers but perfect for producing delicious chicken meat. The Black Copper Marans produces thick and fleshy meat, making them ideal for meat production. Also, the breed’s meat has gained fame over the years due to its tasty nature. It has also become a darling to the chicken lovers.

The Black Copper Marans are renowned for their submissiveness and easy adaptation and cooperation. It is effortless to tame these birds, and don’t love confrontation. It is even rare to see them fighting with the hawks. Instead, they run away! They never attack people or other animals, making them the most preferred to keep as pets.

Thanks to the cross-breeding that took place between various birds like gamecocks to make the Black Copper Marans. It is the reason this bird don’t get attack by health problems. The hardy genes from gamecock and the rest make them strong and immune from all health issues. If you are wondering why this breed survives in both dry and cold climate, it is because they don’t get attacked by diseases. Because of this aspect, many chicken keepers prefer these birds as they save on their money they could have spent in catering for their medication.

The Black Copper Marans may not get sick but are not free from predators. If you don’t build them a secure shelter, a predator may attack and kill them. As described above, these chickens are docile; they don’t make noise even when attacked to alert you. The only option is to keep secure and always keep watching them out.

Facts About the Black Copper Marans

In the USA, these birds are still rare but very common in France, their homeland. Though the birds are expensive, it is for a good reason. You cannot compare the effort of producing such gorgeous birds with their cost. With this breed’s contrasting copper plumage and black, the birds are simply breathtaking.

If you need a good quality of these birds, you should buy the best quality. That way, the chicks you get to produce with the flock of these beauties will be pure quality.

As illustrated above, the Black Copper Marans is not ideal for laying birds. But for beautiful and elegant looking chickens, this is the breed to consider. Also, a chicken that lays the darkest eggs is renowned for being a poor layer. But for those laying lighter eggs in color, they could be frequent layers. Depending on the color and number of eggs you are looking for from the Black Copper Marans, you should consider this factor. If you are looking for the delicious and finger-licking chicken meat, then this breed is perfect for you. But due to its management and care, this breed comes with a hefty price, but worth having.