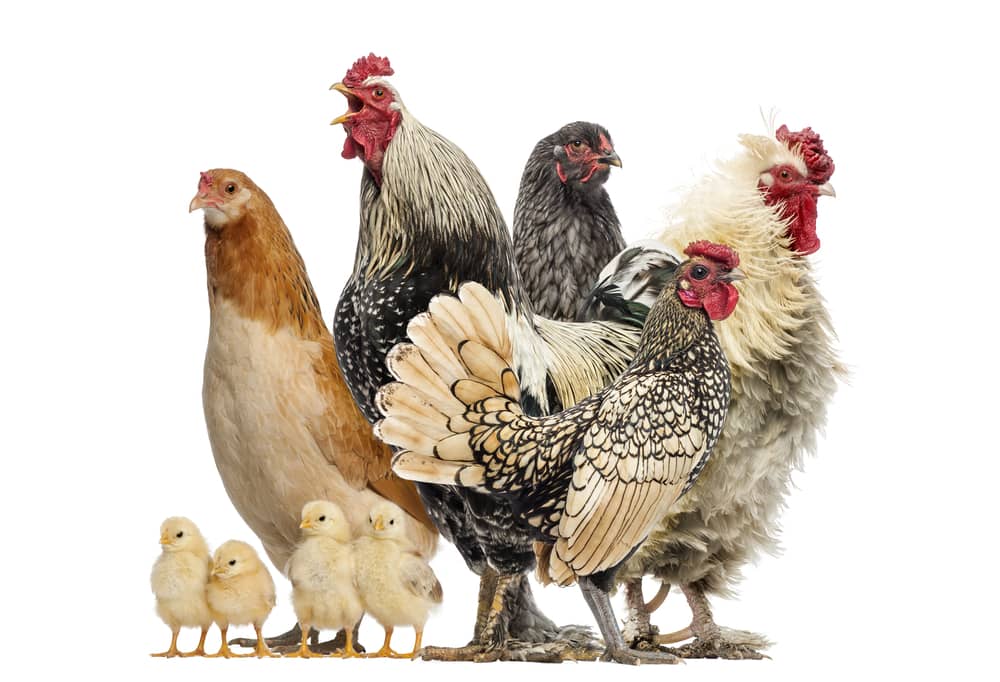 Poultry terminology can be confusing at times. You may see items labeled as chicken, hen, Cornish game hen, or more. The terms chicken and hen are often used interchangeably, and while this isn’t entirely incorrect, it’s also not entirely correct.

There are times when the two words can be referring to the same thing, but this is not always the case. Here, we’ll explain the difference between hens and chickens.

A chicken is a species of domesticated fowl, descended from the wild red jungle fowl which is native to southeast Asia. Chickens are one of the most widespread domestic animals on earth and are kept almost exclusively as a food source and very rarely for any other purpose.

Chickens can provide for humans in two ways. First, they can provide eggs which are a valuable source of nutrition. In fact, for most of the history of the domestic chicken, they were kept primarily for their eggs, since allowing the chicken to live and lay eggs for years provided far more food than killing and eating the chicken.

Chicken meat, usually just called chicken, is the other way that chickens provide food. For centuries, almost all the chicken meat that was eaten came from birds that were too old to continue laying eggs. Now, though, that isn’t the case. In fact, there are even distinct breeds of chicken that have been bred for eating, and other breeds that have been bred for egg-laying. Egg-laying chickens produce large numbers of eggs very quickly, and usually year-round. Eating chickens, or broiler chickens, grow more quickly and lay fewer eggs.

Chickens are also playful and intelligent birds, which leads some people to simply keep them as pets. Chickens are omnivores and eat a mixed diet of meat, bugs, plants, and seeds.

As we mentioned earlier, chickens were domesticated from the red jungle fowl, a bird native to Southeast Asia. They may have been one of the earliest domesticated animals, as they were already found in Europe (Greece) by the 5th century BC.

Chickens can be found in nearly every country on earth, and most cultures have their own distinct breeds of chicken, although most of these heritage breeds are now quite rare and have been largely replaced with industrial breeds that grow much faster and put on more weight.

Younger hens lay eggs less often than hens in their prime, and so do older hens. So, you’ll notice that as the hen gets older, the frequency with which she lays her eggs will first increase, and then hold steady for a while, and after about four years will slowly decline until it stops altogether.

Hens do not need a rooster present in order to lay eggs. If you keep a rooster around the hens, there’s a very good chance the eggs will fertilize and hatch new chicks. While this may be desirable if you’re breeding chickens, it’s less so if you want eggs to eat.

Differences Between Chickens and Hens 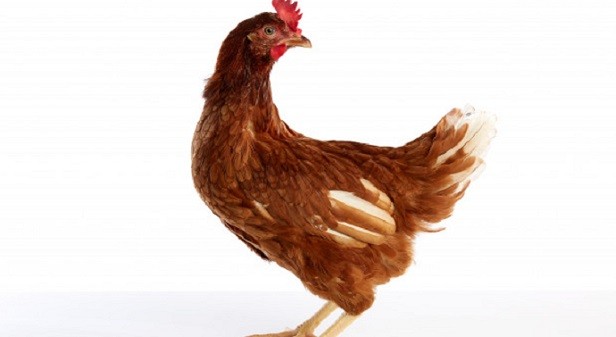 Simply put, a hen is a mature female chicken. The term chicken applies to both male and female birds, and it applies to birds of any age. The hen is a term specifically for females that are old enough to lay eggs, or that are a year old or older.

If you use the word chicken, you could be referring to a hen, pullet, rooster, cockerel, or capon (or a Cornish game hen, which is simply an immature chicken). Therefore, the hen is a much more specific word. This is especially important to know if you plan on starting a poultry business since you want to be as specific as possible when ordering.

How to Tell if Your Chicken is a Hen

In mature birds, it’s very easy to tell roosters and hens apart. Roosters, even at a very young age, have combs and wattles that are redder, larger, and rougher than those of hens. They also have large spurs on their feet, and larger, longer feathers on their necks and tails. In most breeds, the roosters are also much more colorful than the hens.

Hens typically don’t have spurs, and have duller coloration. Their combs and wattles are much smaller, too. Of course, the most obvious sign that the bird is a hen is when it starts laying eggs.

Telling pullets and cockerels apart is much more difficult than telling hens and roosters apart. At such a young age, the major physical characteristics that set the two apart are not nearly as obvious. When chicks hatch, you can determine the sex of each chick by pulling the skin around the vent away to look at the chick’s genitals. You can also tell the difference by spreading their wings out and looking at the feathers. If the wing feathers have a uniform length, it’s a male. If the feathers alternate between long and short feathers, it’s a female. This is a much safer method, and so it’s recommended that you use the wing sexing method rather than the vent method.

What are Cornish Hens? 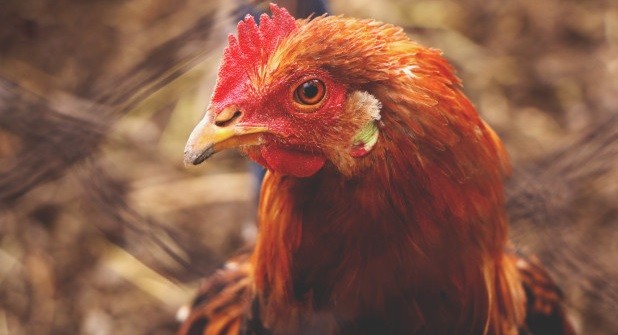 Cornish hens, sometimes labeled Cornish game hens, are not the same thing as hens. They are chickens, though. So, what, exactly, are they?

Cornish hens are a breed of chicken from England that are raised exclusively for meat. They are slaughtered very young, and so they are very small, usually only one or two pounds and serve one person. Many of the birds labeled as “cornish hens” in supermarkets are not actually of the Cornish hen breed but are simply hens of a more common meat breed that are slaughtered small.

Do the Differences Matter?

It’s fair to wonder if the differences between hens and chickens really matter. The answer is that it depends on the context. You probably won’t see processed chickens in the supermarket labeled as “hens”. That’s because they’re very likely a mix of hens of roosters. Modern chicken breeds are bred to grow to slaughter weight very quickly, so they hit their weight well before the rooster’s male sex hormones can affect the flavor of the meat, rendering it indistinguishable from hens.

Where the difference really matters is if you’re planning to raise your own chickens. You’ll want mostly hens, and if you want a rooster you won’t want more than one, since roosters can be very aggressive towards each other. If you want chickens to provide you with eggs, you need hens, not roosters. If you want to raise chickens for meat, you still want hens, not roosters. You really only need roosters if you want to breed your own chickens.

Most people, when they refer to backyard chickens, are talking about hens. They’re either raising them for meat or eggs, but either way, they likely don’t have a rooster, and only have hens.

So, in the supermarket, the term “hen” really isn’t important, but on the industry side, the terminology matters a lot, as it does for those who wish to raise their own chickens.

The simplest way to remember the difference between hens and chickens is that hens are mature female chickens. Therefore, all hens are chickens and not all chickens are hens. If you’re just trying to be sure you buy the right thing at the grocery store, don’t worry: everything will be labeled as chicken but there’s no need to differentiate between chickens and hens for that purpose.

If you’re trying to start your own business or you want backyard chickens to raise for meat or eggs, you’ll want to be very sure that you order hens, not chickens. Chickens is too broad a term and you may not get what you ask for.