Poultry farming has gained root in several parts of the world in recent days. Rearing chicken is now an excellent investment in most households at large. But then, before you plan to embark on such an activity, it is essential to learn in detail more about their life cycle. Getting the idea from the egg stage until they become full-grown chickens is vital to farmers who need to gain idea what they require to maintain their birds healthy. Farmers also need to have an idea about their average lifespan and the care they need to increase the lifespan. In our project today, we shall explore chickens’ life cycle and all other important information maintaining the chicken healthy throughout their entire lifetime.

The Lifecycle Of a Chicken 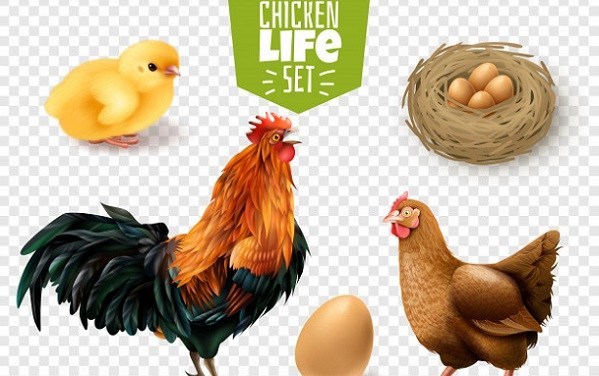 In the discussions, we shall explain how everything starts from the egg stage until when a chicken is fully grown. Let’s look into detail the life stages of a chicken;

Chickens start laying eggs around the 15th week; this is when they begin entering the maturity stage. They lay both fertile and infertile eggs at large. Not all the eggs will hatch; only the fertile ones will hatch to baby chicks. The hatching process takes about 21 days to complete. The real formation of the chick starts the very day the hen lays an egg. This is when tissues will begin to form and other body organs throughout the three weeks.

On the 17th day, the chick would have grown fully and ready to get out of the shell. The yolk sac is absorbed during this time. The absorbed yolk sac is the chick’s source of food for 48 hours after hatching. On the 20th day, the chick will use the egg tooth to break the shell. Chipping takes place for between 12 and 18 hours until it is out on the 21st day. After hatching, a chick takes up to an hour to dry up.

Life As a Chick

After the 21st day, the chicks have not started feeding their own. They use the yolk sac absorbed from the egg to get nourishment for 48 hours. The chicks are adorable, and they make peeping sound during this time. Baby chicks recognize the anything that moves past them when they are out of the shell as their parent. Those hatched by their mothers will always recognize parent hens as their mother. The incubator hatched chicks will recognize any moving creature, even the owner, as such.

Chicks depend on their mothers to feed them at their early stages. Those that will be reared in boxes learn to feed themselves slowly as they grow.

Baby chicks need proper care for them to survive. They need clean water, quality food, and warmth at large. In the early days of their life, they will be weaker and unable to walk through obstacles. They will take up to about a week to grow more muscular legs to jump over and over.

The chicks double their size in about two weeks. The color of feathers will also change as they grow. They will take about eight weeks to enter the pullet stage. This is the adolescence stage for chickens. The chickens are not adults still at the pullet stage. They are separated from other flocks since this is the stage other adult chickens bully them. However, you can leave them occasionally to get the orders of adult chickens.

It takes most pullets another five weeks to become fully grown chickens. Young hens can also start laying during this stage. Before hens begin to lay, they will develop squatting reflex. This instinct makes it lay down on the ground and flattens the feathers to allow the roosters to mount on it to fertilize the eggs. Hens might at this stage start to lay small eggs; however, the size will increase as they grow bigger and bigger.

During the pullet stage, the mother hens will leave their younger ones free-range to look for food independently. They learn fast, and they endure all the pecking orders from adult chickens at large. If they start to lay, farmers should move them to separate laying cages. However, separating might give them stress that will affect their health in a couple of days. To prevent this from happening, add water-soluble vitamins and an electrolyte in their diet to curb the stress that might develop during the separation period. 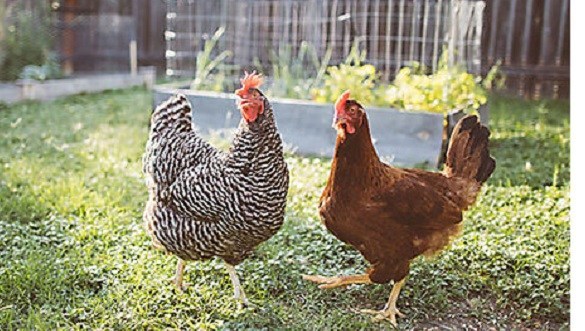 At around the 20th week, the chicken becomes fully grown. This is when the hens start laying, and the roosters carry a full mandate to guard the entire flock. The hens will lay eggs sizes considering the size of their bodies. They will take a little more time to start laying full-sized eggs.

The Lifespan Of a Chicken

Typically, chickens can live up to ten years. However, they can live over this period if they are provided proper care. Chicken breeds reared for eggs tend to die early compared to the ones raised for meat. Hybrids are prone to developing reproductive tumors after about two years that shortens their lifespan. Once they become old, the hens will start producing fewer eggs than when they began to lay; however, they can still produce sufficient eggs for home consumption. The roosters, on the other hand, will start crowing less than what they used to do. This is the time the new roosters in the flock will take charge of the over the hens. At this time, their hormones will decline; the legs and feathers also start to fade off.

Chicks from hatchers are prone to death at large. Others might die a few hours or days after hatching for various problems like infection and general incubation problems. Chicks are also prone to diseases like Marek’s and coccidiosis at large. They should be vaccinated when they hatch before they get affected by other problems that will give them an early death.

How Many Eggs Does An Adult Hen Lay?

Depending on the breed, an adult hen lays an egg daily. Averagely, they lay up to 5 eggs per week. They can skip a day or two within the laying season. They will produce maximally in two years, and then the production declines when they hit the third year. However, laying won’t be continuous when they start. They will lay for about seven months and take a break. During this period, they will pass through the molting stage. This is when they will shade the old feathers and grow new ones.

Cases of illness within the laying period can also affect egg production. They will also go for a break and start producing when they recover.

As a poultry farmer, you need to take care of your chickens to get maximum productivity from them. You need to feed them with quality feeds, provide them plenty of water, and everything possible that will make them stay healthy for an extended period.

Tips For Maintaining Your Chicken Health

There are many things that poultry farmers should do to maintain their chicks healthy from as little as one day old all through their lifespan. Things such as feeding them, the pecking order, and the common diseases that might attack them are everything that will determine how long they will stay. Chicks and adult chickens are fed different feeds. The chicks are provided with the starter feeds. They will feed on the starter food for about 42 days; they will then get introduced to grower feeds. When they start laying, feed them with layer feeds. Ensure the birds are provided with quality feeds all through to maintain them healthy.

Chicks develop the pecking order few weeks after they start growing stronger. They develop it by chasing one another when they are still young. Frequent fights might, at times, turn bloody; wounded chicks need to stay in an isolated room to prevent them from being killed.

There are common poultry diseases that attack chickens at large. Poultry farmers should vaccinate their birds all through to protect them from getting attacked by conditions that might kill them eventually. You should isolate the affected chickens from the rest to prevent it from affecting others in the flock. Always ensure you seek a vet’s help to provide them immediate medications since chicken diseases are cause death if not treated early.

Chickens need adequate care from the times they hatch until they become full-grown. Their production rate depends significantly on the health status of your chicken. Chickens also stay for an extended period if they are maintained healthy. Poultry farmers can use the life cycle to tailor down their dietary needs and general requirements to keep them healthy.